8 Things To Get My Creative Mojo Going 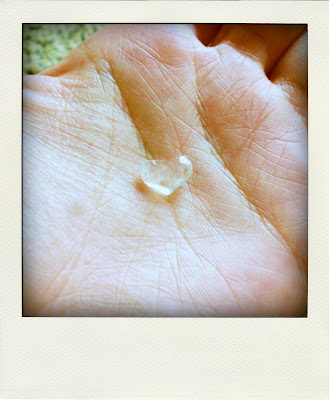 No idea. A piece of glass? A tiny quartz? Some half melted rock salt? But it's heart shaped, and it's clear and transparent.

I don't have a lot of stuff to show, or maybe I do, but I don't have photos of it because I have been so unmotivated to be creative or to post or really to do much of anything but take care of the kids and feed people and read and watch some tv.

But, I say, BUT I know what makes me feel better as a person, and despite the dumps in which I find myself, I need to be creative.

And when it comes down to it, I don't think that feeling sorry for oneself ever really makes anything better.

So, strolling around the internet, I stumbled upon Magpie Girl's post about resistance and mantras, and I thought maybe I should start my own 8 things list of getting through the resistance. Because moping about not being creative never helps. So here it goes.

8 Things to Get My Creative Mojo Going

2. Get the hands moving and turn off the mind. Sometimes we think too much. We can think ourselves right out of doing. So sometimes I just like to get the hands moving, and not worry so much about what it is I am doing, forget the outcome, forget the perfection, just do. I might be the only person who does this, but I've found my most productive painting time can be after the kids go to bed while I watch primetime tv. Not sure why, but I think it has to do with occupying that "think too much" part of my brain while allowing the creative part to arise. This doesn't work as well with writing. I think because both have to do with words.

4. Start small. A little sketch. Some frosted cookies. A haiku. A ribbon hair clip. A collage in a journal, postcard sized watercolors, a paragraph. Whatever it is, lower the stakes and make it small. There's less at stake this way, less to mess up, more opportunity to explore and take chances without fear of imperfection. Maybe a doodle seems unimportant, which might make it easier to tackle when you're facing resistance, but maybe that doodle leads to the break through you really need.

5. Get out and do it somewhere else. Take the laptop to a cafe to write. Or try writing poetry on a train/bus/airplane. Take the paintset to the garden. Or knitting to bed. Sometimes a change in venue gets the blockages released.

6. Set a timer. This can work in two ways. One, you can set a timer and commit to being creative for until the bell goes off. I find 15 minutes is a good amount of time. It's not too big a commitment to keep you from sitting down, but it's not so short a time that you can't really get into doing the work. And once you're into the work, the resistance has been beaten. And two, you can set the alarm for doing something that has been keeping you from your work, chores and the like. If you can't work because your study is a wreck, clean for 15 minutes before you start work. If you have that phone call you've been dreading weighing on your conscience, take that 15 minutes to take care of it. Use the timer to clear the deck for your work. Maybe it's the other stuff that's been cluttering your creativity.

7. Get together with a friend to talk about your work. Or to work together. Or to work separately, but together. Or to act as a sounding board or critical partner or maybe just someone to be accountable. Sometimes being creative is a lonely job, but sometimes it helps to have someone along. Find a community, take a class, join a challenge. Other people help to get the funk released.

8. Just do it. There is no equivocating. Just get started. Start the painting. Start the revision. Stop thinking about doing and just do. I've always hated that Nike could co opt such a good motivational tool, but those advertisers do know what they're doing. Just do it. Just do it. Just do it. It doesn't have to be great, it just has to be done. Maybe next time it will be better. Maybe. But one thing I know for sure, you can't break through that resistance if you don't just sit down and do it.
Posted by Rowena at 1:00 PM

yes, yes and more yes. I love your list. I just didn't realize how much of that I did, unconsciously. Here I've been calling this stuff procrastination and avoidance. Thank you. You gave me a gift w this list. :)

Seeing other people working hard, creating, put work out into the world--that pushes me to get through the resistance. I wish I understood why it really has to be so hard.

Starting something small is a good tip. Sometimes I get so caught up on the kind of creative work I "should" be doing that I forget how much a non-related project might help. These days I've been writing letters to VanGogh in a journal. It's really helped loosen things up.

These are great tips! I use my timer like crazy. I need to learn how to create in a more relaxed state. I always feel guilty when I'm just writing or collaging. I think it's a remnant of myself from college. It was years ago, but I was in the habit of making art because there was a deadline and a grade to go with it... without those things I get a little lost. I will be re-reading your list for later inspiration! :)

love this. I was reading and enjoying, and then at the last second, I looked at the author and figured out it was you!
Good stuff...

thanks Cat. it's my stealth pinning, going back into my archives from 2 years ago. But sometimes I'm smarter in the past than I am in the present, so it's okay. At least, I think it is.