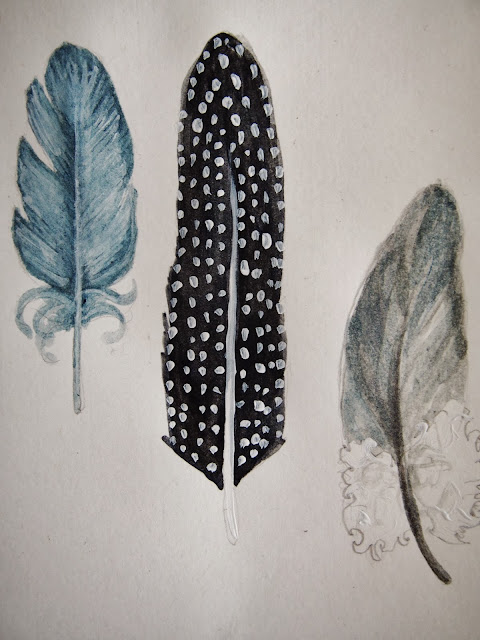 My mind is awhirl with ideas.

Tomorrow starts the month when I put my ideas down on paper and attempt to make something concrete out of them.

It's a scary thing, often, making your ideas real. Sometimes it feels much better to keep your ideas in the realm of the maybe, to not put them down on paper, to not show them, to not turn them into something real.

The thing is, ideas can be wonderful and great and genius and perfect, but once you put them down on paper to make them real, they will be real in their flaws, lumps, awkwardness, and imperfection. Before you put them down, when that page is blank and full of nothing but potential and possibility, your hopes of what might be can get so big and important that it's too frightening to write them down and expose them.

Because reality is never perfect, and genius may start with a genius idea, but to make it real, it takes an awful lot of work and pruning and revising. It is so much better to put that flawed idea, that uncertain attempt, that maybe down on paper than it is to sit with the flawless, intangible idea floating around in your brain.

Put it out there. Try it out. See what happens when the floating idea lands on the page and inspires a second idea, and then a third. Or maybe it turns out to be a bad idea that doesn't go anywhere. In that case, scrap that idea and move on to the next. Just make sure whatever it is, you commit to those ideas, you make those ideas real.

Rsgoldfast said...
This comment has been removed by a blog administrator.
4:39 AM